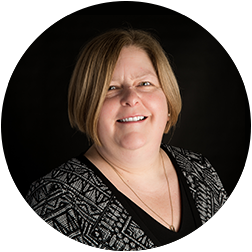 Head of the Family Department, Amanda Joined Finn Gledhill in 1987, qualified in 1989 and became a partner in 1996.

She specialises in representing children and parents in care proceedings brought by the local authority where the children are considered to be at risk or harm.

Amanda deals with hearings in the Family Proceedings Court, and High Court.  She is a member of the Association of Lawyers for Children, an organisation committed to ensuring children’s voices are heard in proceedings concerning them.

She has been a member of the Law Society Children Panel since 1996. This body recognises the expertise and experience of lawyers representing children.  Amanda regularly acts on behalf of parents, children and increasingly grandparents and other family members whose role in maintaining children within the family is becoming more important.

Amanda is a Solicitor Advocate which means she can deal with any case in the higher courts, like a barrister, including the Court of Appeal and the House of Lords.

Amanda also represents step parents in adoption proceedings and works in the field of Special Guardianship Orders in behalf of those whom adoption is not practical or appropriate.